The fire that damaged Notre Dame may have been a lot worse if is wasn’t for the help of the DJI drones (that were borrowed from the Cultural and Interior Ministries) aiding the firefighters. The aerial view from the drones helped the firefighters determine how the fire was spreading and the best options for combating the blaze.

The two drones used were the DJI Mavic 2 Enterprise Dual and the DJI Matrice 210, both fitted with thermal sensors.

The French Newspaper Libération stated, “the use of a helicopter would have been less flexible and more expensive.” The fire brigade spokesman also told local media that the drones were instrumental in saving the cathedral’s structure. “The drones allowed us to correctly use what we had at our disposal.”

Aside from the courageous efforts made by the fire crews, one cannot overlook how their use of drone technology played a critical part in minimizing the damage from this blaze. Due to the many operational, efficiency and safety benefits, more and more public safety agencies around the world are starting to incorporate drone technology in their operations. In fact, according to recent studies, over 900 fire, police and emergency agencies currently own and use drones in their operations. Drones can provide quick actionable data and empower and protect first responders in the field with aerial insights. It is a true force multiplier at an affordable cost, that allows for sensor and payload flexibility, and is a quick deployment asset. 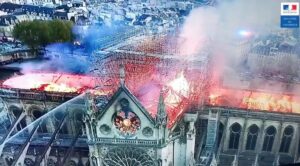 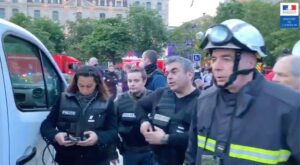 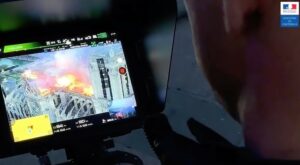